Amy Wells | March 21, 2016
Comments Off on A Second Place for Saints Means We’re Off to the National Finals!

A Second Place for Saints Means We’re Off to the National Finals! 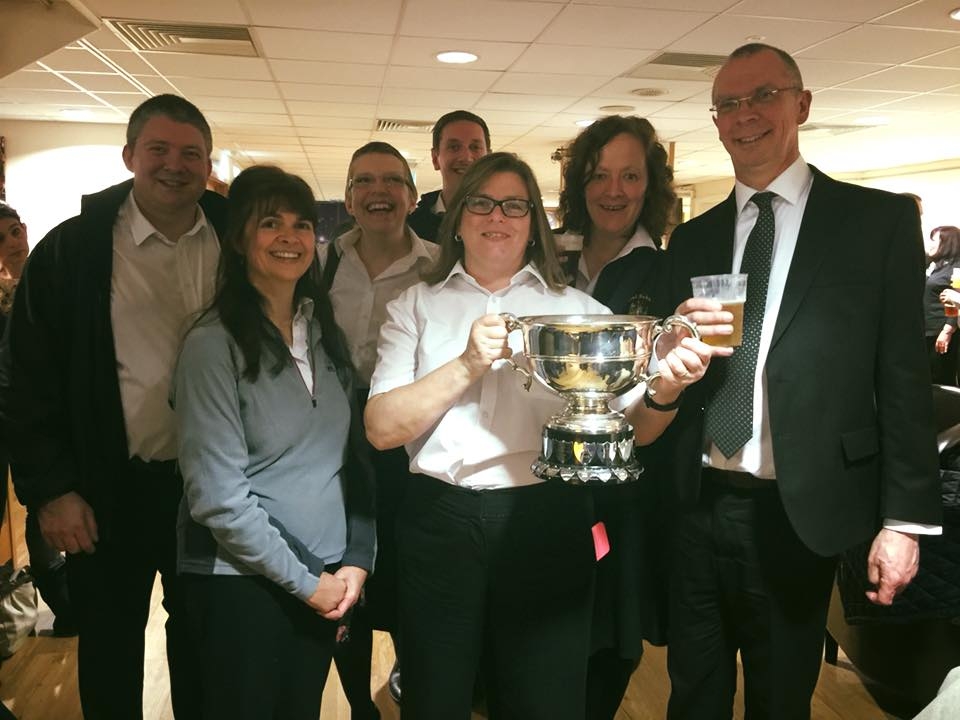 After a win in Oxfordshire, Saints have been working hard to refine, perfect and ultimately tame The Mermaid of Zennor ready for the Area Contest held in Stevenage on 19 March.

Competing in the second section against some very talented bands, the pressure was on, though you wouldn’t think it looking around at the band on the morning of the Contest. Everyone was calm, focused and in good spirits; you’d think it was just another rehearsal before a concert as the band were smiling and joking.

Drawn to play 13th, I know what you are thinking, ‘unlucky for some’, but our Musical Director Lee Woodward was not phased; It doesn’t matter if you are drawn first, last, or 13th; as long as we play as well as we have been in rehearsal and give them a performance that they’ll remember, we will be placed among the top bands. The other main points of wisdom from our MD were to concentrate, enjoy it and make sure you don’t walk away from the stage thinking that you could have done better! It doesn’t matter what the two men in the box think, as long as we do ourselves proud.

The second section commenced at 10am on Saturday 19 March and was adjudicated by Stephen Roberts and Dave Lancaster, both outstanding musicians. For these guys it’s a tough job to sit in a box and listen to 16 brass bands all playing the same piece of music and having to grade and sort them into places.

Philip Harper’s The Mermaid of Zennor is no easy feat; a piece of music that on first glance seams simple and easy to play, but it is as deceptive as the name suggests; luring musicians onto the rocks of dynamic swells, changes in tempo, rhythm and flow as well as passing tunes around the band and making sure that no member of the band is left without some part that needs to shine out at some stage, before dipping below the musical waves to let the next unsuspecting player be chosen by the Mermaid.

After 12 bands had played, it was finally Saints’ turn, waiting patiently backstage to be called for one final performance. Again the band seemed relaxed; smiling and joking as we waited. The smiling continued on stage, every member knowing that all the hard work was done, the music known inside and out and all that was needed to was to play it.

Under the direction of Lee, the Band took charge of this perilous yet highly enjoyable piece of music and gave the adjudicators something to take notice of, leaving the stage smiling. Lee’s initial reaction to our performance was good and he was immensely proud of every player’s performance, no matter what the end result.

Waiting for the results was definitely more nerve-racking than waiting to play and every band in the theatre was eager to know if they had won.

Firstly the announcements of 4th (Grimsdyke Brass) and 3rd (Soham Comrades) places, followed by the special prizes of which we won the Best Bass section!

Then the room hushed as 2nd place was announced… Saint Sebastian Wokingham Band! The room erupted, the band cheered and stamped as our Contest Secretary Derek Hawkins received the trophy.

Commentating on the discipline and musicality of the band, the adjudicators were impressed with Lee’s interpretation and the fact that he took musical risks with the dynamics and flow, while keeping the band secure and together. Our fabulous soloists Kevin Barker (Principal Cornet), Rosie Saxton (Euphonium), Sue Fowler (Baritone) and Siân Moorhouse (Solo Horn) played beautifully and the rest of the band really rose to the moment and shone through. 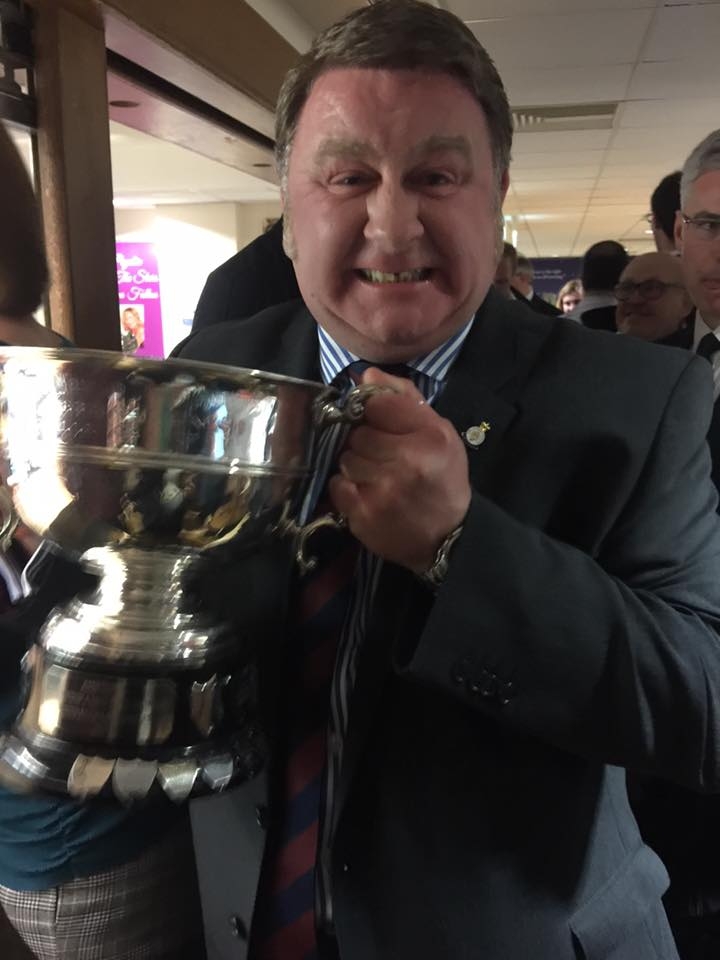 Lee Woodward had the following to say, Our performance yesterday was fantastic. You did everything that I asked; the quality of our sound, dynamics, soloists and our prize winning basses was outstanding. Your discipline and musical quality shone through. As we finished, the emotion of the performance got to me and my initial reaction was: that was damn good. The comments from the adjudicators were great and it was wonderful to have our hard work recognised. We have created history, the highest placing that the band has achieved in its 85 years, take pride in that, I certainly do.

Well done Saints, it’s now onwards to the National Finals, which take place at The Centaur, Cheltenham on 17-18 September 2016. 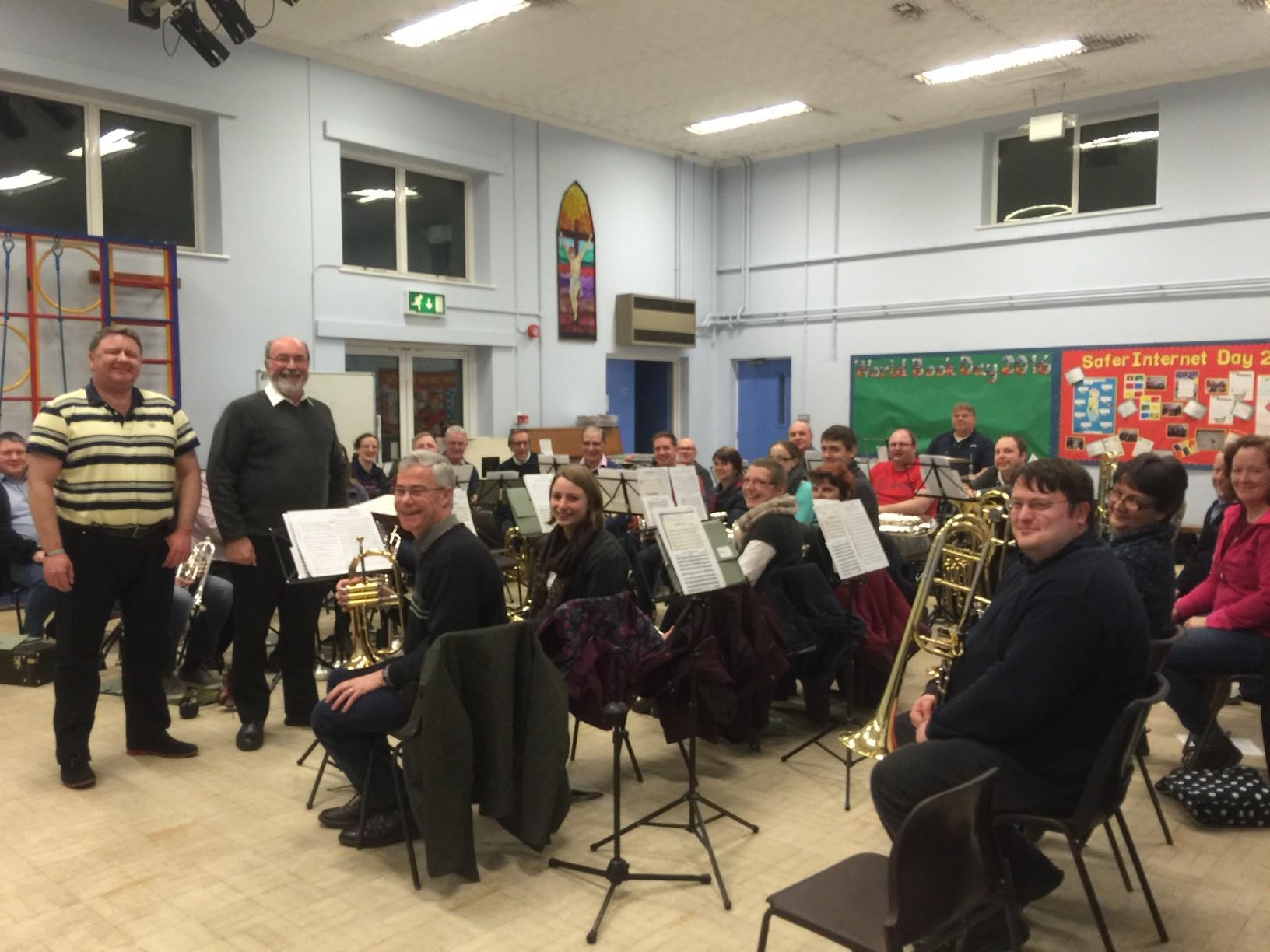 Saints and friends of the band welcomed Brian Ireland on Monday 29 February, who conducted ‘Army of the Nile’ in order to raise Money for Longfield Hospice in recognition of the support they gave his wife, Lynn in her final months. His mission is to make it around as many Bands as possible, donating £1 for every player he conducts to a cause close to his heart.

Brian and Kevin, his brother, are old friends of the band with Kevin having been a member for a number of years and then later they both joined the band on Whit Friday trips.

Brian thanked the band, giving a special thank you to Dawn for arranging the evening and inviting old friends along for a lovely social as well as musical evening. 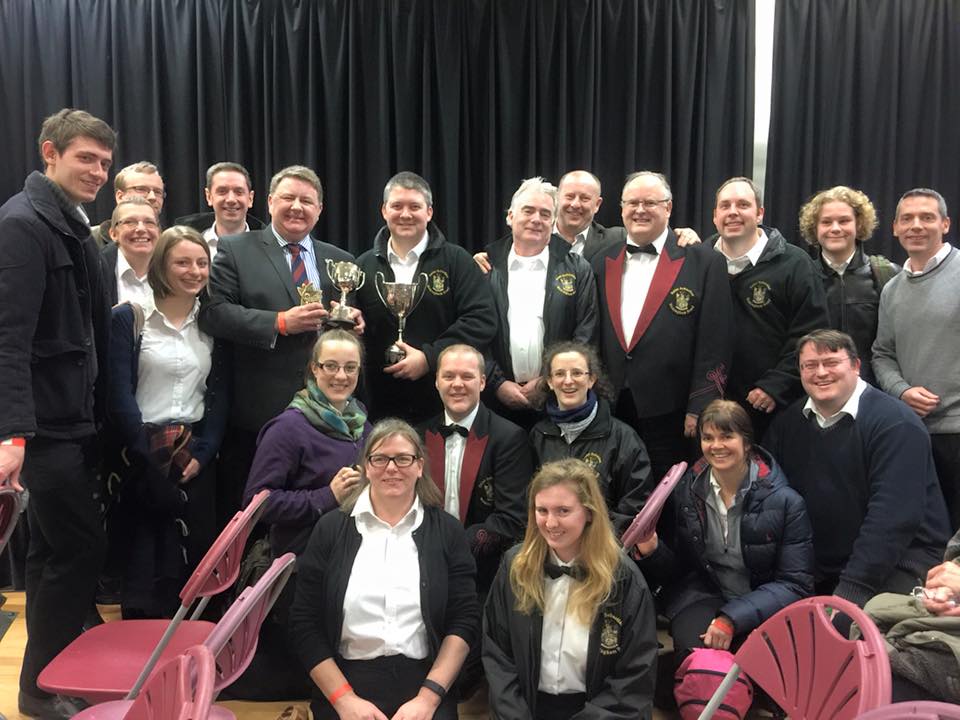 Sunday 28 February saw Brass Bands from all over the UK gathering at Marlborough School, Woodstock, Oxfordshire to compete in the Winter Contest. With Area Competitions on the Horizon and this being an ‘Own Choice Test Piece’ contest, many bands chose to take their Area test piece out for a road test and Saints were no exception.

With Lee Woodward at the helm, Saints played ‘The Mermaid of Zennor’ by Philip Harper in the 2nd section, to the ears of a very appreciative audience and Adjudicator Brett Baker.

Brett, himself a Trombonist (previously Principal Trombone with Black Dyke Band), had a tough job in adjudicating and commented on intonation as defining criteria for distinguishing between the bands. Something that every band can improve upon.

Saints took the win, receiving some very encouraging comments from Brett in preparation for the up-and-coming areas on 19 March.

Our very own Soprano Cornet player Llewellyn Wells took the Best Instrumentalist prize, with Brett commenting on his beautiful and consistent playing.

The whole band played brilliantly; playing together and making a beautiful sound which meant that the soloists had a rock-solid foundation upon which they could shine.

Lee was chuffed with the result and the whole band still has some work to do for the Area Contest on 19 March in Stevenage. 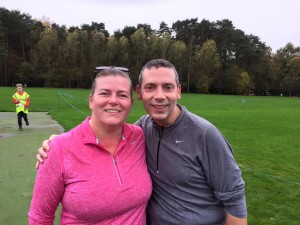 On 13th February 2016, both Kevin and Joan Barker joined many at the scaba solo and duet contest at St Paul’s Catholic College, Burgess Hill.
Entering the Senior Slow Melody Section (for 2nd and 3rd section bands), there were 12 entrants adjudicated by Josh Cirtina.

Playing ‘Rusalka’s Song to the Moon’, Josh said Kevin had ‘a lovely sound and gave an enjoyable, confident and solid performance’, placing him 5th

Kevin and Joan said that they were very pleased with their performances and placings and were proud to represent St Sebastian Wokingham Band at this contest.

Well done to all participants and special congratulations to the prize winners.