Concert on Saturday 28 May! 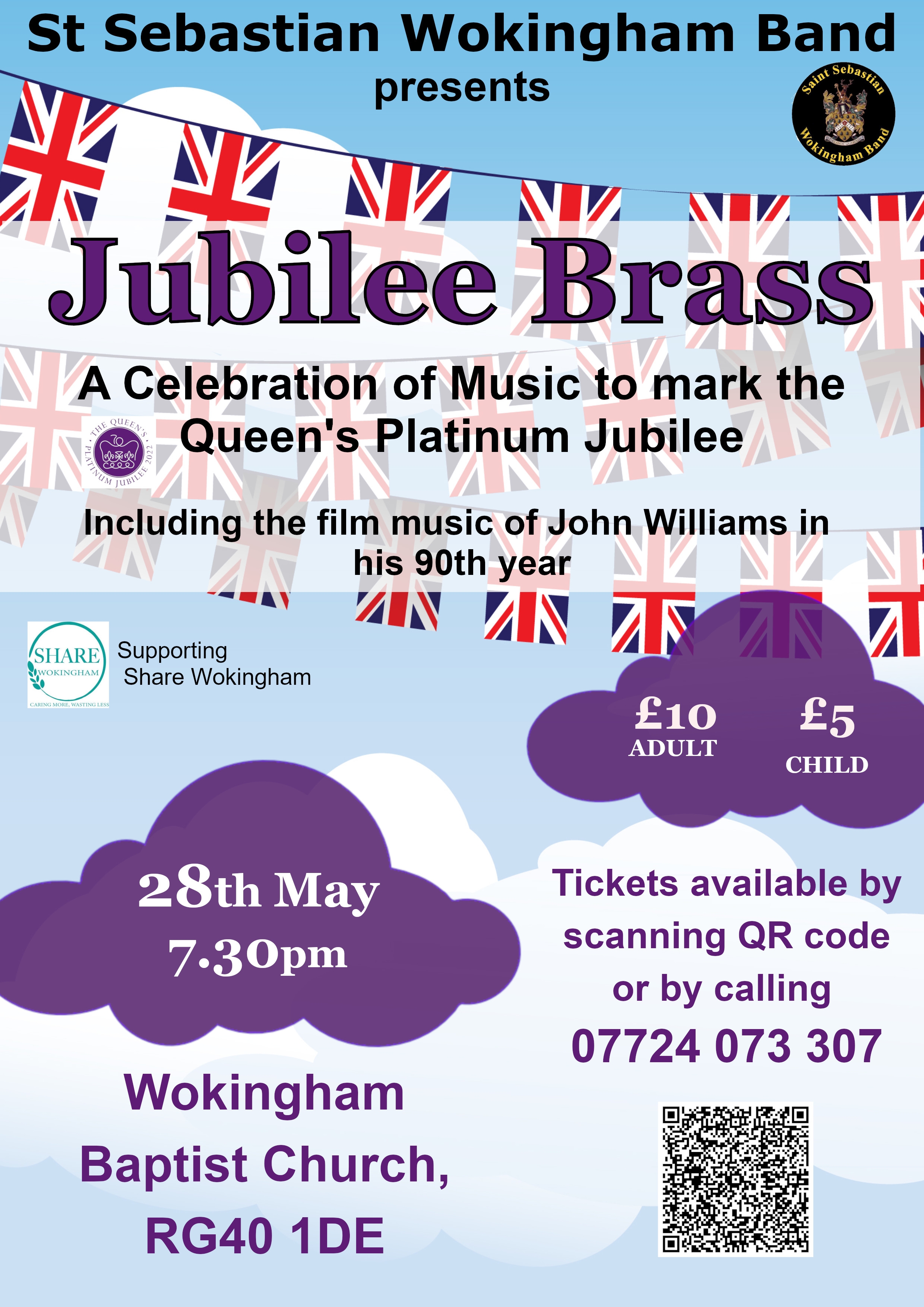 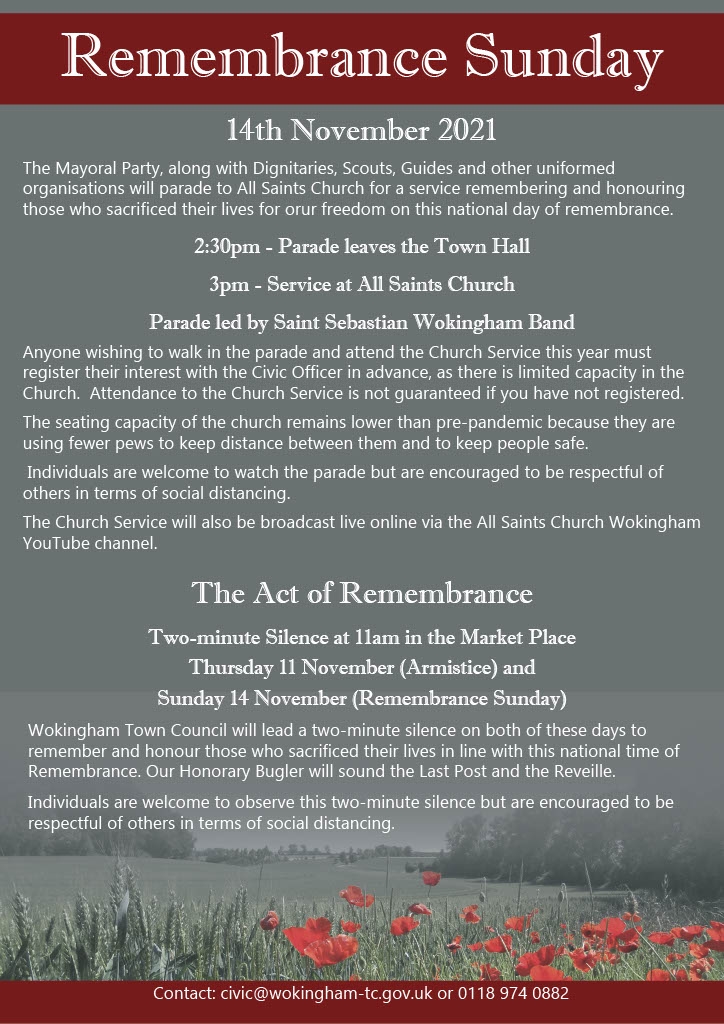 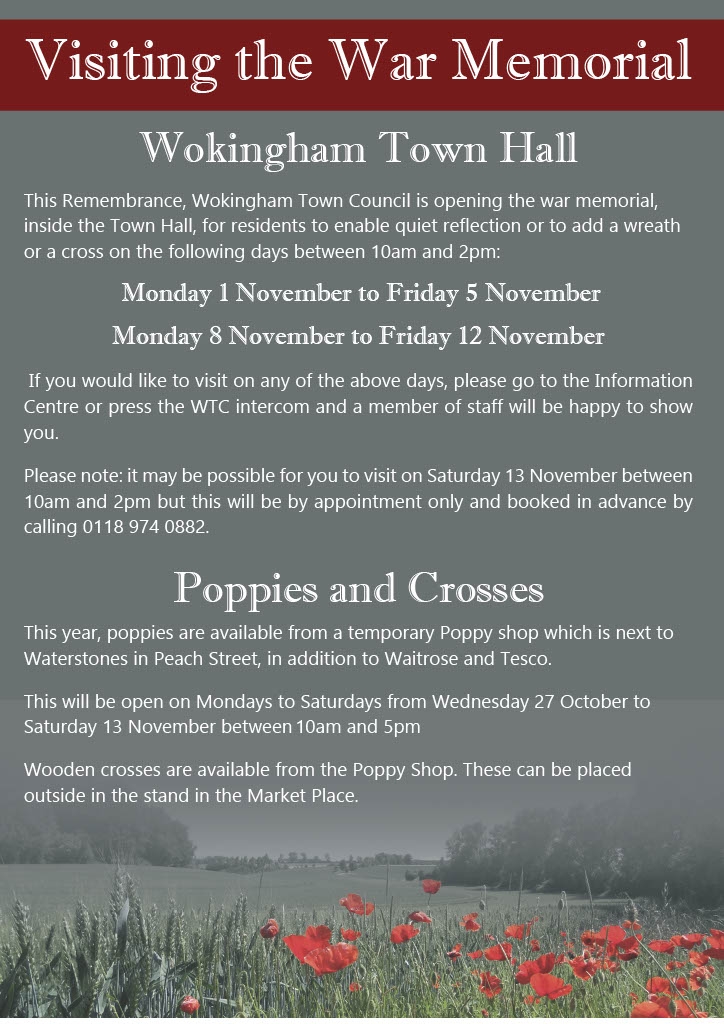 Seeking musicians to complete our line up 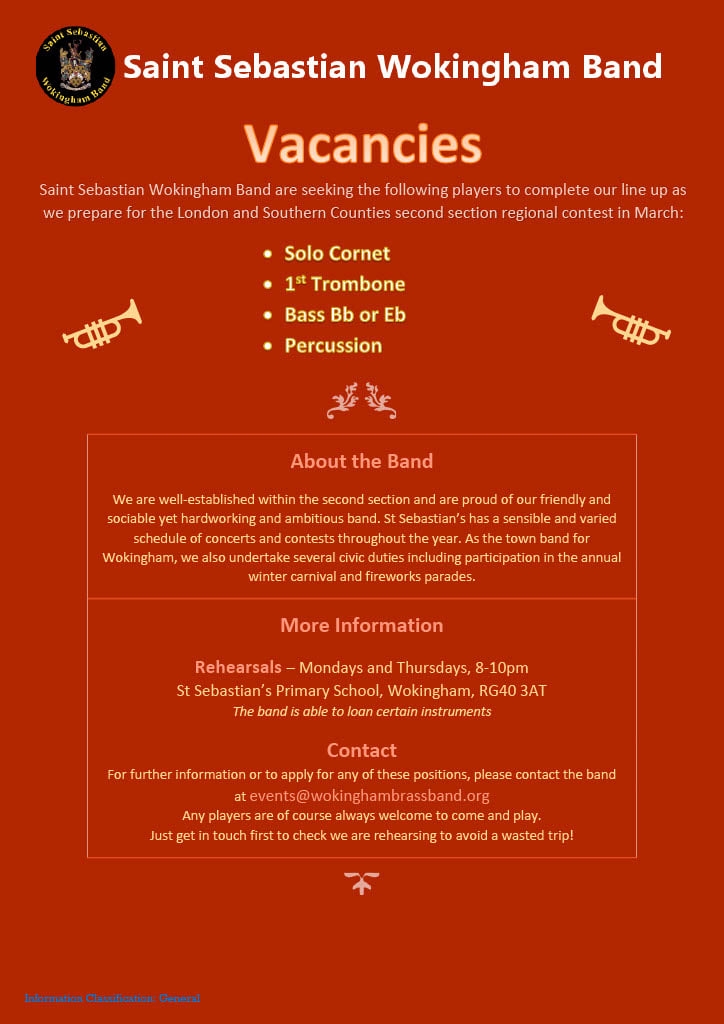 A Pandemic Pause for Saints

Following a successful run-out of the Area test piece in Brighton in February 2020, Saints were looking forward to putting the finishing touches to the piece ahead of the Areas in Stevenage in March. Unfortunately, before this was possible, the Covid-19 pandemic hit the UK.

Along with every other band in the country, all rehearsing and performing became impossible due to the lockdown restrictions. Ultimately, the Area contest for the London and Southern Counties region was cancelled and the band has not been able to rehearse together since.

However, this does not mean the band have been completely inactive during this period. With a lot of help from the band’s previous MD Nigel Howard and his video-editing skills, Saints have put together two ‘distance’ performances.

The first saw each band member record their part to the popular Alan Fernie arrangement of ‘Baggy Trousers’. This has always proved a hit with the crowd whenever we have performed it and therefore was an obvious choice for our first foray into the world of ‘virtual banding’. A link to the final recording of all 31 different parts being mixed together being found on Saints’ YouTube channel here.

With Wokingham Armed Forces Day sadly being cancelled for 2020, again due to the Covid-19 pandemic, Saints were approached by Wokingham Town Council to prepare a further virtual band performance of a march. Armed Forces Day is an event at which Saints regularly perform and are proud to lead the parade through the town centre, so we were happy to oblige, choosing to record a march close to the band’s heart. ‘The Wokingham March’, arranged by the band’s second cornet player and former Bandmaster Steve Block, proved a popular choice and again the final recording can be found on our YouTube channel here.

Whilst bands across the country are now slowly being able to return to some semblance of normality and beginning to rehearse again (albeit with a considerable number or restrictions and required safety precautions) Saints have taken the decision not to return to regular rehearsals at present, but very much look forward to doing so as soon as we can safely. 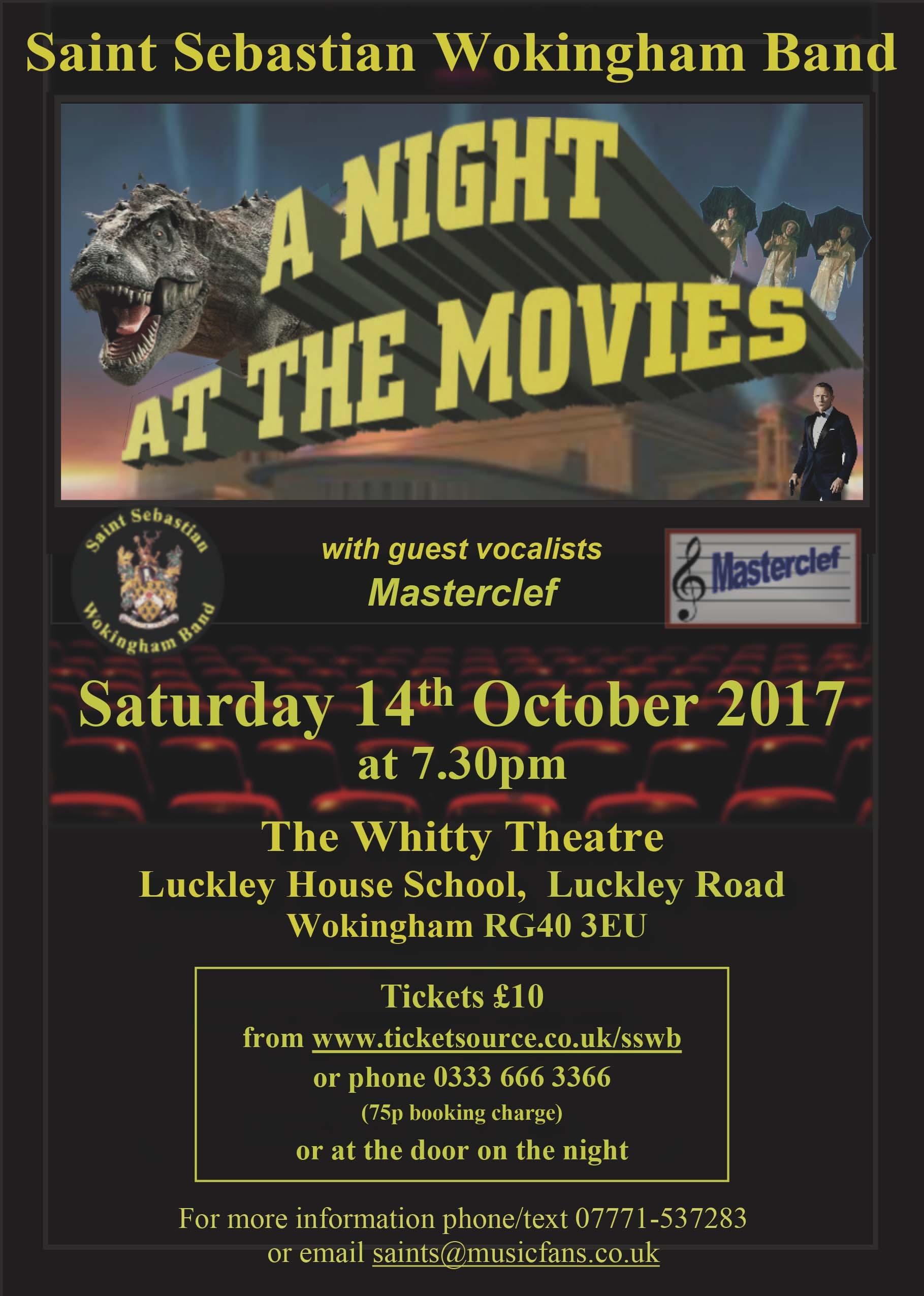 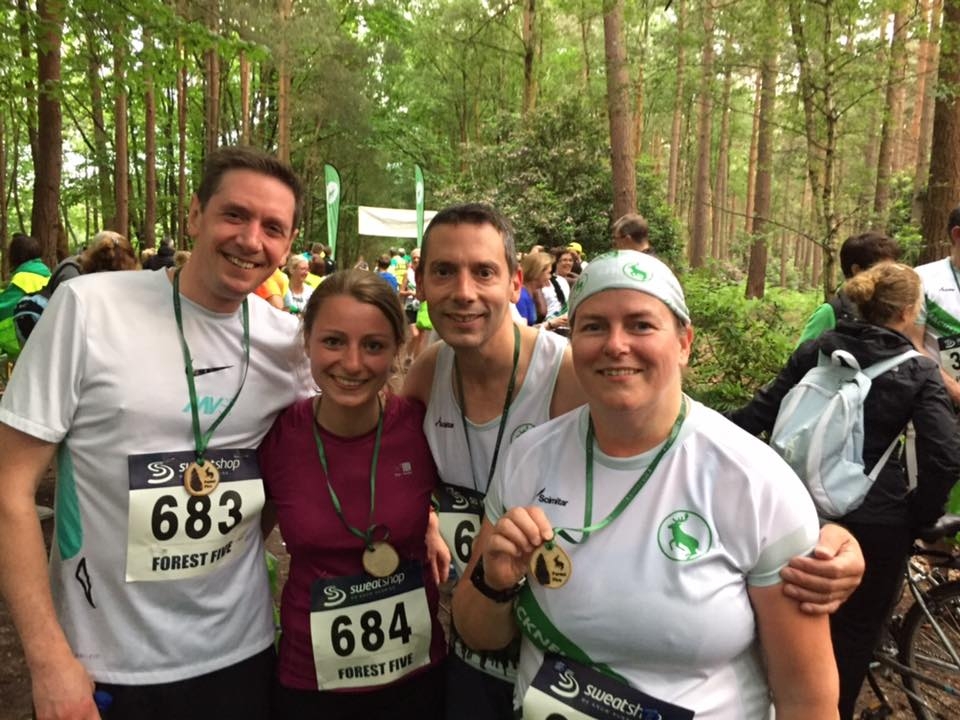 Saints are a social Band, who like to get together for fun and to take on challenges other than just music. With many in the band with an interest in running, it made sense that this would spur some of the band to take on park runs in the local area together.

Both Kevin and Joan Barker are already very active in the running community; Joan herself having run over 40 park runs to date. 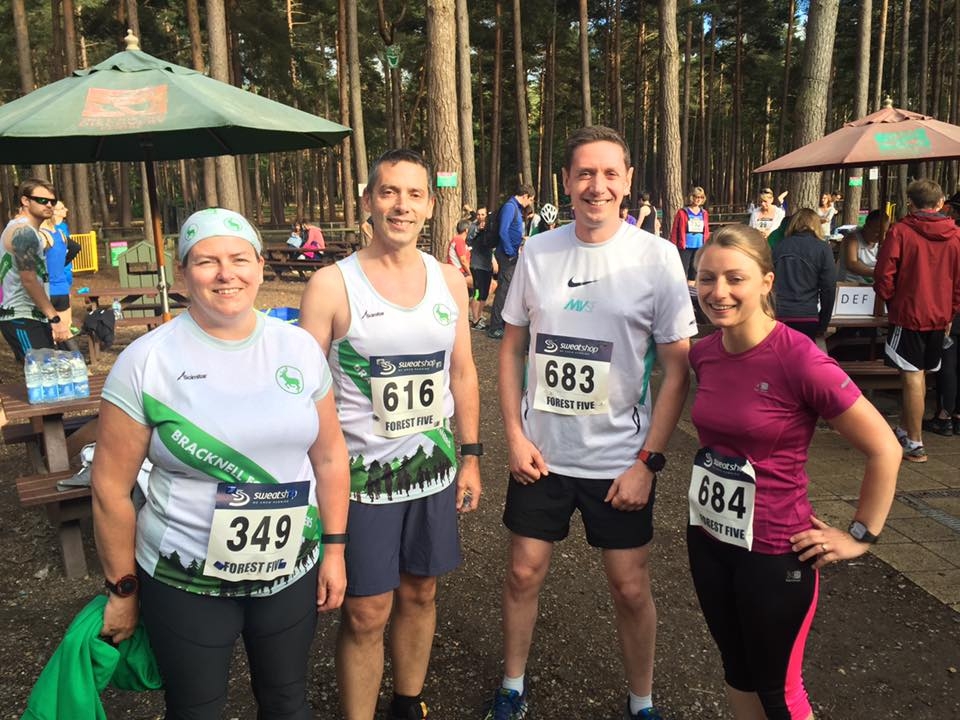 Having encouraged some of the band to join them, Kevin, Joan, Sian and Leighton took on the Forest Five on Wednesday 16th June. A five-mile run through Swinley Forest, it’s a tough course with a steep hill for 3 miles, but all 4 members of the band enjoyed it and made it home. They haven’t received their official times yet, but Leighton was the first home in around 40 minutes. 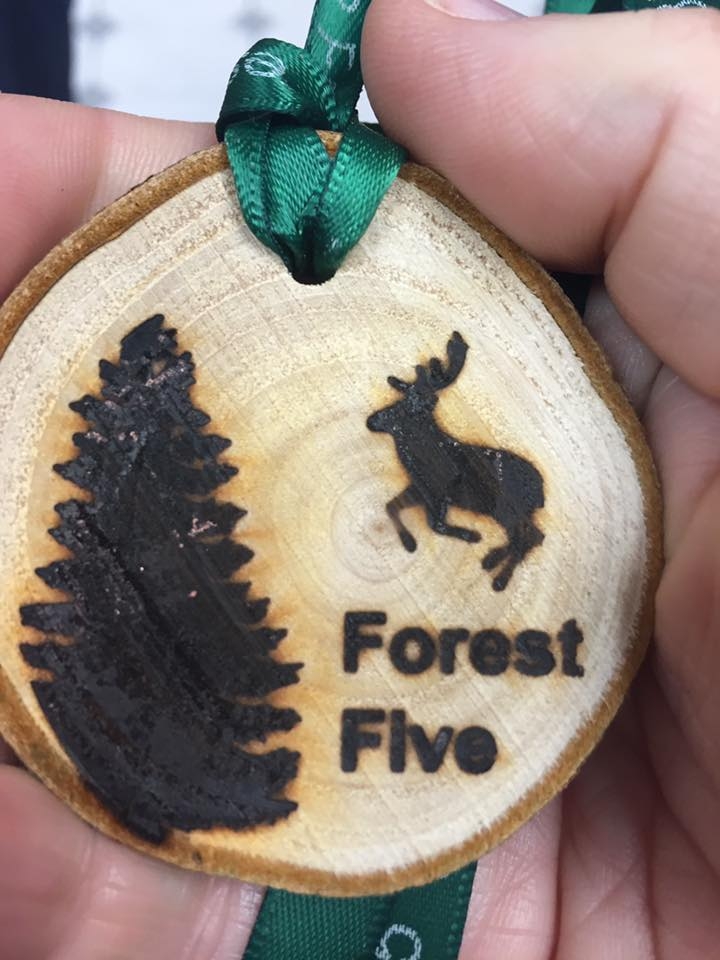 Female members of the Saints Runners (Joan, Dawn, Sian, Steph, Maria and Amy) will be taking on Race for life on 17th July in Reading. http://raceforlife.cancerresearchuk.org/choose-your-event/reading-prospect-park.html